A Few Sprays Scares The Critters Away 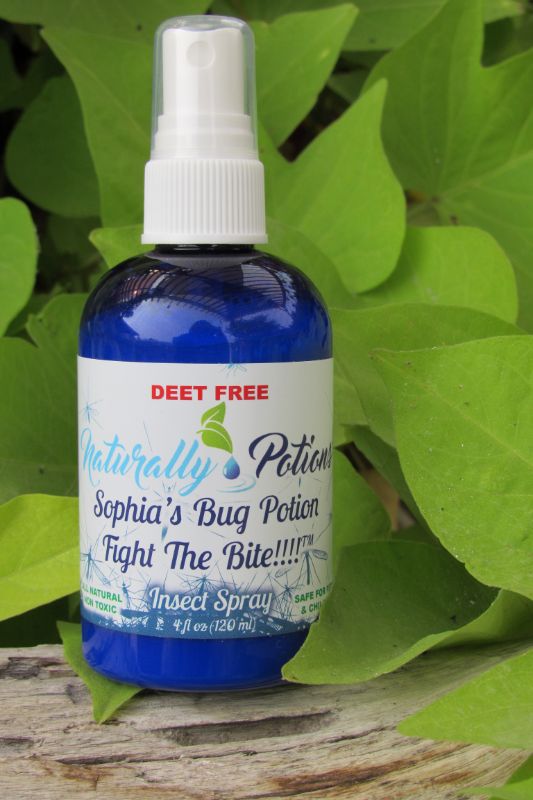 1. How often should spray be applied?

Regardless of which product you use, if you start getting mosquito bites, re-apply the repellent according to the label instructions.

3. Should I apply spray before or after applying sunscreen?

It is advised that sunscreen should be applied 20 minutes before going outside to allow time to absorb into the skin. Sprays are generally applied and reapplied more frequently. Sprays applied afterwards will maintain an effective vapor barrier more efficiently.

A Safer Alternative For Reefs At Risk

“Last summer we had planned a family trip to McCall. Along the way we stopped at a restaurant that had a small store on the side. I meandered in and discovered a little bottle with “Sophia’s Bug Potion” written on it. Due to a trip to Africa and the struggles we’ve had with mosquito bites and the threat of Malaria I am always on a hunt for something effective but free of Deet, so on a whim and with doubts, I bought a bottle. Good thing I did! We spent three weeks in Sierra Leone during the wet season and the mosquitos were out with a vengeance. We sprayed ourselves with everything under the sun. Of course all of it contained Deet, something we weren’t so excited about since we had a few smaller children that came with a few of the families with us. So I broke out Sophia’s Bug Potion. It turned out to be the least chemical threat we had but the most effective against the African mosquitos. We came back with little to no bites on our return thanks to Sophia’s Bug Potion. Thus I gladly testify that the stuff is traveler approved in the African regions. Well done Naturally Potions! Thanks be to God for Sophia and a mama who cares.”

“This winter we took a trip with a crew of guys to Africa. I knew the effectiveness of Sophia’s Bug Potion against mosquitos there but this trip gave me a pleasant surprise about the spray. We are diligent to spray ourselves and avoided bites everywhere except out feet. I don’t believe the few bites we received on our feet were even mosquito bites because they swelled a bit differently. Perhaps a spider or some dust bug. The itch was unbearable. I figured I’d try to spray my feet to avoid any further bites and it worked but the surprise was that the itch also went away. I had no idea it could be used in this fashion but thank God it can. What a great surprise. This stuff never ceases to amaze me. African Traveller approved. I know no other more effective travel tool to fight the bug bites of Africa. Once again, thanks be to God for Naturally Potions for their genius products.”

All Natural Fusions for Better Days